Contracts for new, single-family home sales increased almost 5% on a monthly basis to a 692,000 seasonally adjusted annual rate according to estimates from the joint release of HUD and the Census Bureau.

The months’ supply number improved to 6.0, which indicates the market is stabilizing after the fall off in sales last Fall due to higher interest rates. The return to the long-run trend for sales and recent declines in mortgage interest rates (now around 4.2%) suggest demand is available when housing affordability conditions improve.

After increasing from August to December, new home inventory has stabilized between 340,000 and 350,000 in recent months. This does mark a gain on a year-over-year basis from March 2018 when inventory stood at 297,000.  The current months’ supply number has fallen from 7.4 in December 2018 to a more normalized 6.0 in March. 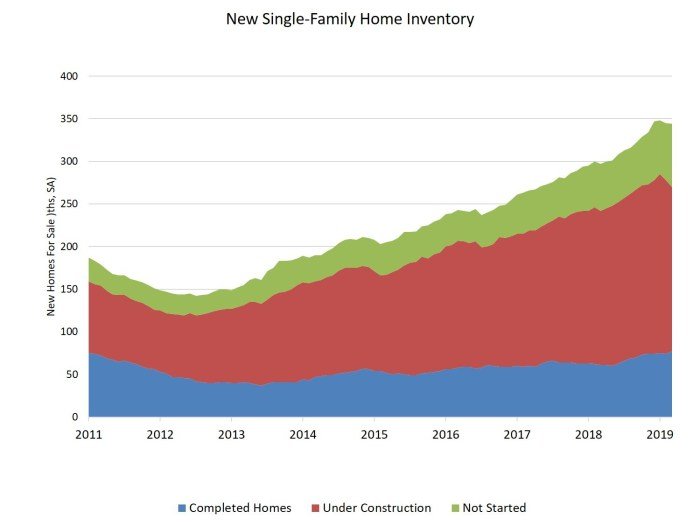